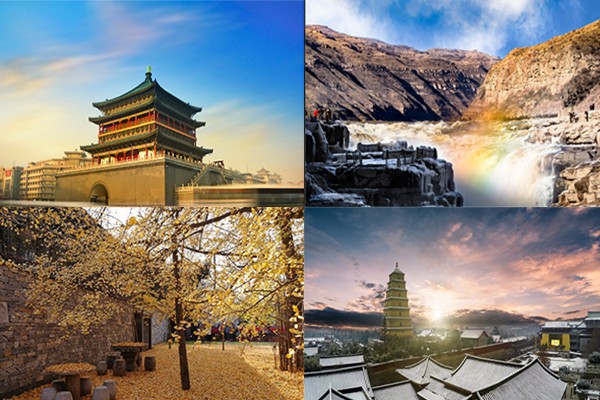 Xi'an, called chang'an, pick Beijing, is the capital of shanxi province, deputy provincial city, urban agglomerations in guanzhong plain core cities, important national center city in western China, the national important scientific research, education, industrial base. Xi'an is one of the four ancient capitals of China. It was designated by the United Nations educational, scientific and cultural organization (UNESCO) in 1981 as one of the world's top ten ancient capitals by the us media. Located in the middle of guanzhong plain, weihe river in the north, qinling mountains in the south, eight rivers run chang'an.

Xi'an is one of the first batch of China's outstanding tourist cities. The cultural heritage has the characteristics of high resource density, good preservation and high level. Among the 155 basic types of China's tourism resources survey, Xi'an has 89 tourism resources. There are 72 emperors' tombs around Xi'an, including the tombs of Emperor Qin Shihuang, the ancient capitals of Zhou, Qin, Han and Tang Dynasties, the 11th Mausoleum of the Western Han Dynasty and the 18th Mausoleum of the Tang Dynasty, the size of the Wild Goose Pagoda, the Bell and Drum Tower, and the Ancient There are more than 700 ancient buildings such as city walls.